Centrioles are a kind of cell organelle present near the nucleoplasm. They exist chiefly in animal cells and rudimentary plant cells. It has several microtubules which form a tube-like structure by running in a parallel manner. There is a cavity present inside it. In animal cells, they are positioned perpendicular to each other. This helps in spindle formation during mitosis. Together with them are the centrosomes, but they remain outside the nucleoplasm.

They mostly appear in animal cells during the process of mitosis. They appear at the time of spindle formation. This thereby leads to the separation of the chromosome into two sister cells from the parent cell. However, scientists have conducted research that shows mitotic cell division is possible even when there are no centrioles.

However, such a division may lead to unforeseen abnormalities in the spindle assemblage. This may lead to highly problematic chromosomal separations. We also find from recent studies that Drosophila’s embryos arrest themselves if there is no centriole replication. However, the function of centrioles remains very mysterious. This is particularly because, in higher plants, microtubules simply elongate to spindle fibers. Mitosis occurs absolutely without the help of centrioles.

Do Centrioles Exist in Plant Cells?

No, they are absent in higher or developed plant cells. Therefore, plant cells can easily go on with mitosis without the presence of centrioles.

Although animal cells primarily associate themselves with centrioles, some plant cells can also recreate with their help. As a result, it is of keen interest to molecular biologists to realize the true importance of this organelle. Scientists have also shown us that certain animal cells can properly divide even when the organelle no longer exists. These especially include the oocytes or the female gametes.

What Role Do Centrioles Play in Mitosis?

They play an essential role in mitotic cell division in animal cells—centrioles and other parts of the centrosome clone during the interphase. However, scientists are unsure how this cloning occurs. They come near each other from opposite directions in the beginning. With the start of mitosis, the parent chromosome divides. Henceforth, the original-replicated pair breaks up. Each one receives one set of centrioles for their microtubule-organizing structures.

These structures now radiate microtubules in the form of stars. Such clusters are asters or astral rays. Now, the asters move to the opposite poles of the cells. The centrioles, therefore, along with the microtubules, form the spindle fibers. These spread throughout the cell surface. The spindle fibers are very important for the cell. They guide the chromosomes to align properly. This, hence, helps them to split during the next mitotic cell division. 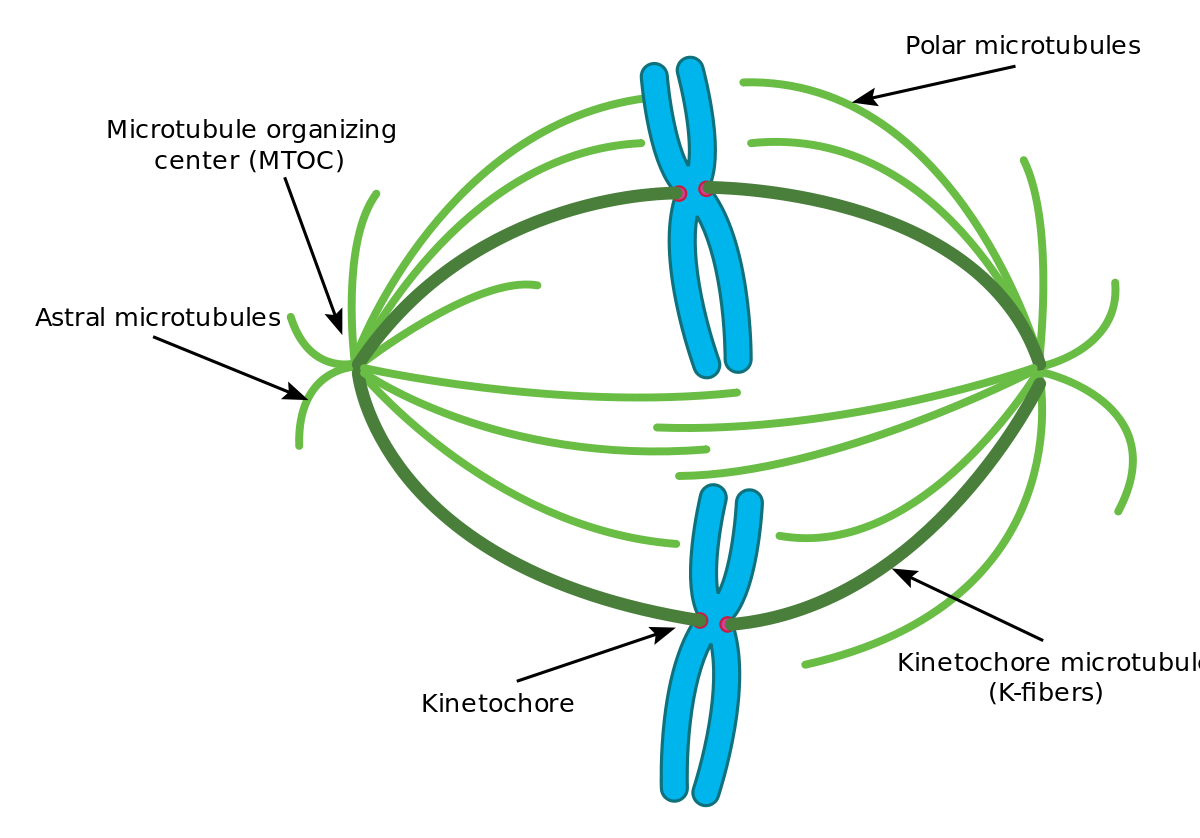 Scientists have also shown us how there can be disastrous results if animal cells lack centrioles. There will be too many consequent divisional results. This will then cause major delaying in the process of cell division before the chromosome separates. It can often result in abnormal chromosome replications leading to various genetic diseases. So, scientists believe that centrioles primarily exist as a cellular clarification. They operate to reduce errors in mitosis, thereby making it more efficient.

How Do Centrioles Form Basal Bodies of Cilia and Flagella?

In ciliates and flagellates, where they also operate as basal bodies, it is a little different. They have the same structure. However, in this case, they exist near the end of the cell at the base of every cilium or flagellum. So, they are not present in centrosomes in the vicinity of the nucleus. Moreover, there are rootlet systems that attach the basal bodies to their cytoplasmic positions. However, they change their position and also change into centrioles before mitosis begins in unicellular organisms like Chlamydomonas.

What is The Structure Of Centrioles?

These organelles exist exclusively in animal cells. They are dichotomized organelles. Under a microscope, one can find them near the nucleoplasm covered inside a centrosome. They appear as a granular mass. This is the center where the microtubules organize themselves. In the form of a ring, microtubules arrange themselves forming nine bundles. There are three microtubules in each bundle. This forms a single centriole.

The microtubules of considerably shorter lengths form a tube-like structure making up the centriole. This is around 500 nm in length and has a diameter of around 200 nm. The microtubules which arrange themselves in bundles containing nine each form the wall of this cylindrical structure.

The structure of these organelles is slightly different in the case of flagellates and ciliates. It is because here, they are basal bodies. They are literally at the base of the organism. The architecture of their wall and crater are not similar to those of animal cells. Along with the nine bundles in sets of three, which consist of the cylindrical walls, there are also nine sets of bundles with two each. However, in both formats, a central matric exists. From here, the astral rays radiate just how spokes come out of an axis in a cartwheel.

The centrioles are always placed at right angles to each other in animal cells. They always exist in pairs.

There is something called the pericentriolar element or the PCM. So, this is a “cloud” of proteins and proteinaceous substances. The centrioles arrange these surrounding themselves. These two, in combination, form the essential chromosome.

Can Centrioles Replicate Themselves?

Reproduction continues throughout the length of the cell cycle in cells that contain a pair of centrioles. In the first growth phase or G1, the pair of centrioles separate from each other and slowly move away from each other. The synthesis or the S phase follows. Here, a pair of new microtubules arrive. They lie at right angles to the two original mother cylinders. These two pairs lie nearby till the prophase stage of mitosis begins. When the prophase hits, the pairs of centrioles separate. Both the pairs now move from the outer surface of the nuclear membrane or the envelope. They reach the opposite poles of the cell. Finally, here the dividing cell forms its astral poles.

So, in conclusion, centrioles are present only in animal cells and in some flagellates and ciliates. They are bundles of microtubules aiding in mitotic cell division. However, they are an enigma as plants carry on cell division with their absence.