If you want to know more about Chemiosmosis, you are welcome here. Read on as we shed ample light on this topic.

Chemiosmosis is the movement of ions (such as protons) across membranes. The rise also causes the ions to passively return to the plasma with the help of the proteins embedded in the membrane. Ions move from areas with higher atom concentrations to regions with lower concentrations in passive motion.

The Process in Brief

ATP synthase is a chemiosmosis enzyme that produces ATP. It allows protons to pass through the membrane and then uses the difference in free energy to phosphorylate adenosine diphosphate (ADP) and produce ATP. In mitochondria and chloroplasts, as well as most bacteria and archaea, Chemiosmosis produces ATP. An electron transport chain pumps H+ ions from the thylakoid spaces through thylakoid membranes to the stroma (fluid). The energy from electron transport chains crosses through ATP synthase, allowing the proton to pass through and use the free energy difference to photophosphorylation ADP, resulting in ATP. 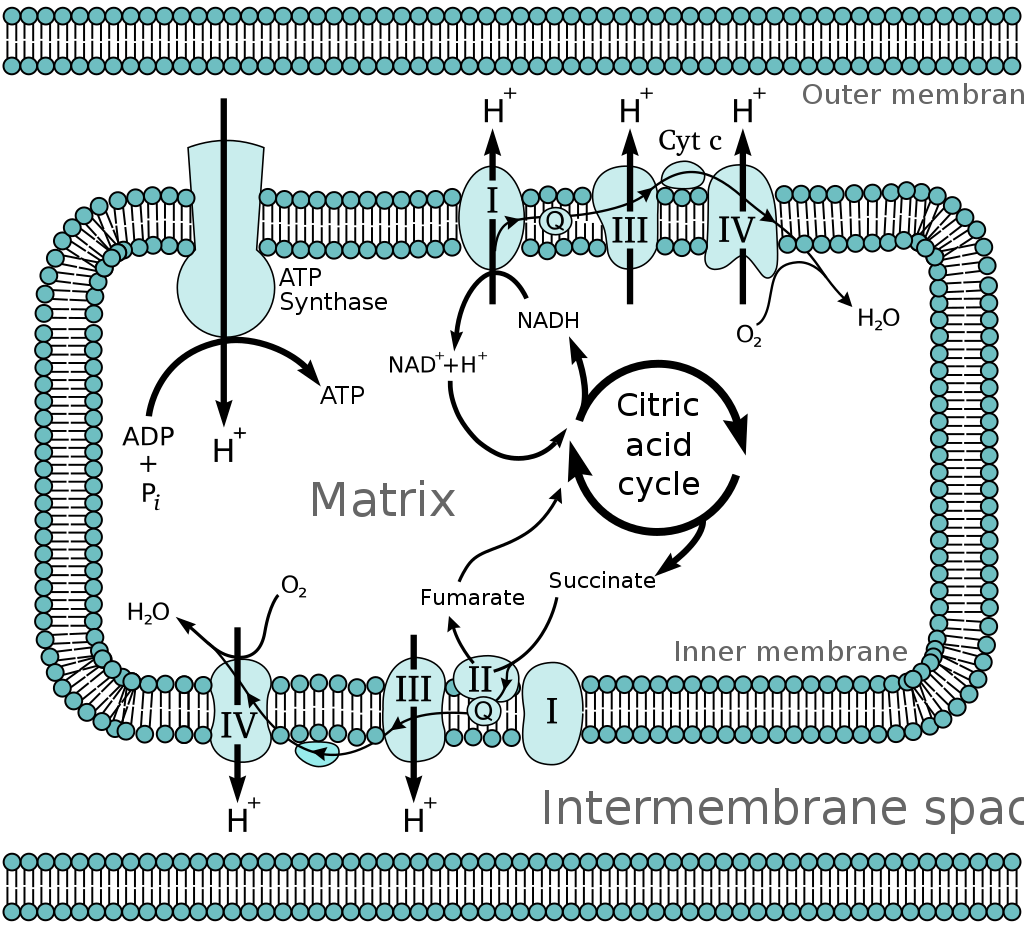 Peter D. Mitchell developed the chemiosmotic hypothesis in 1961. The theory proposes that most adenosine triphosphate (ATP) generation in respiring cells occurs via an electrochemical gradient across mitochondrial inner membranes, utilizing the energy of NADH and FADH2 produced by the breakdown of energy-dense substances like glucose.

As an energy-rich intermediate, molecules like glucose create acetyl CoA. The reduction of a carrier molecule like nicotinamide adenine dinucleotide (NAD) or flavin adenine dinucleotide (FAD) is there with the oxidation of acetyl coenzyme A (acetyl-CoA) in the mitochondrial matrix (FAD). The carriers transfer electrons to the inner mitochondrial membrane’s electron transport chain (ETC), passing them on to other ETC proteins. The energy stored in the electrons pumps protons from the matrix into the intermembrane space, resulting in a transmembrane electrochemical gradient that holds energy.Through the enzyme ATP synthase, protons go back across the inner membrane.

Cations like protons H+ usually diffuse down the electrical potential gradient, from the positive (P) side of the membrane to the negative (N) side, causing electrostatic force. Anions naturally disperse in the opposite direction.

These two gradients can stay together to form an electrochemical gradient.

Biological membrane lipid bilayers, on the other hand, act as ion barriers. This is why energy stays across the membrane as a mixture of these two gradients. Only specific membrane proteins, such as ion channels, can allow ions to cross the membrane (see also: Membrane transport). Transmembrane ATP synthases are crucial in the chemiosmotic hypothesis. They turn the energy of protons flowing through them spontaneously into chemical energy in ATP bonds.

As a result, researchers gave the term proton-motive force (PMF). This comes from the previously mentioned electrochemical gradient. It measures the potential energy stored across a membrane as a mix of proton and voltage (electrical potential) gradients. The charge separation across the membrane (when protons H+ flow without a counterion, such as a chloride Cl) causes the electrical rise.

Inside, the electrical potential gradient is at -170 mV [6], negative (N). The charge difference and the proton concentration difference combine to form an electrochemical gradient across the membrane, commonly referred to as the proton-motive force (PMF). As the charge of protons H+ gets neutral , the PMF in mitochondria is nearly entirely of the electrical component. In contrast, the PMF in chloroplasts is almost wholly of the pH gradient. For the ATP synthase to produce ATP, the PMF must be greater than around 460 mV (45 kJ/mol) in either situation.

Cellular respiration is the total breakdown of glucose in the presence of oxygen. In mitochondria, the final steps of this process take place. The Krebs cycle, glycolysis, and pyruvate processing produce the reduced molecules NADH and FADH2. The energy generated by these molecules creates a proton gradient across the inner mitochondrial membrane. This gradient is subsequently used by ATP synthase to produce ATP. Energy released by the oxidation of NADH and FADH2 is used to phosphorylate ADP into ATP, known as oxidative phosphorylation.

Chemiosmosis converts the light processes of photosynthesis into ATP. The antenna complex of Photosystem II receives photons from the sun, which excite electrons to a higher energy level. Protons are actively pumped over the thylakoid membrane and into the thylakoid lumen due to these electrons traveling through an electron transport chain. These protons are then phosphorylated to ATP by an enzyme called ATP-synthase as they flow down their electrochemical potential gradient.

The electrons from the light reaction reach Photosystem I, where they are boosted to a higher energy level by light energy, then received by an electron acceptor, reduced from NADP+ to NADPH. The oxidation of water, which is “divided” into protons and oxygen by the oxygen-evolving complex, replaces the electrons lost by Photosystem II (OEC, also known as WOC, or the water-oxidizing complex). To make one molecule of diatomic oxygen, photosystems I and II must absorb ten photons, four electrons must pass through the two photosystems, and two NADPH must be produced (later used for carbon dioxide fixation in the Calvin Cycle).

Bacteria and archaea also use chemiosmosis to produce ATP. Photophosphorylation is a process used by cyanobacteria, green sulfur bacteria, and purple bacteria to produce ATP. Using a photosynthetic electron transport chain, these bacteria utilize light energy to build a proton gradient. ATP synthase is also found in bacteria that are not photosynthetic, such as E. coli. Endosymbiosis produces mitochondria and chloroplasts, which can be traced back to integrated prokaryotes. The endosymbiotic theory describes this mechanism. The mitochondrion prompted the emergence of eukaryotes, while the plastid triggered the emergence of the Archaeplastida, one of the major eukaryotic superfamilies.Read Also: Hydrobromic Acid

The third route, chemiosmotic phosphorylation, creates ATP from inorganic phosphate and an ADP molecule. This is a step in the oxidative phosphorylation process.

What does Chemiosmosis require?

A proton gradient, a membrane, a proton pump, and an ATP synthase enzyme responsible for creating ATP that must be used in the Calvin cycle are all required for Chemiosmosis to occur.

Peter Mitchell proposed the chemiosmotic hypothesis. The production of ATP is driven by a proton-motive force, according to this concept. Protons would be pushed across the inner mitochondrial membrane when electrons passed through the electron transport chain in this scenario.

Chemiosmosis is a process in which light reactions in photosynthesis generate ATP in plants. These protons are then phosphorylated to ATP by an enzyme called ATP-synthase as they flow down their electrochemical potential gradient.

The free energy from the reactions that make up the electron transport chain is used to drive hydrogen ions across the membrane during Chemiosmosis, resulting in an electrochemical gradient. Oxidative phosphorylation is the process of producing ATP in mitochondria by Chemiosmosis.

Where does Chemiosmosis occur?

It happens in eukaryotes during cellular respiration and photosynthesis in the mitochondria and chloroplasts. Chemiosmosis will occur in the cell membrane of prokaryotes since they lack these organelles.