Of course, Trigonometry is a branch of mathematics that all of us dread. However, if we learn the basics well, it will not be a source of much concern. 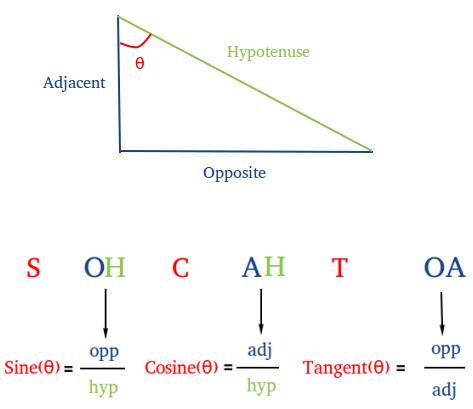 In trigonometry, there are six functions of an angle that we use very often. Sine (sin), cosine (cos), tangent (tan), cotangent (cot), secant (sec), and cosecant (cosec) are their names and acronyms. The image depicts these six trigonometric functions in respect to a right triangle.

The word ‘SOHCAHTOA’ might sound meaningless at first. But, when you learn its use, you will use it very often. In fact, SOHCAHTOA is a mnemonic used to keep in mind the three basic trigonometric functions sine, cosine and tangent.

We use the concepts of the 3 main trig functions sine, cosine, and tangent as a learning aid. People  commonly pronounce it like “soaka towa” when they speak about it. 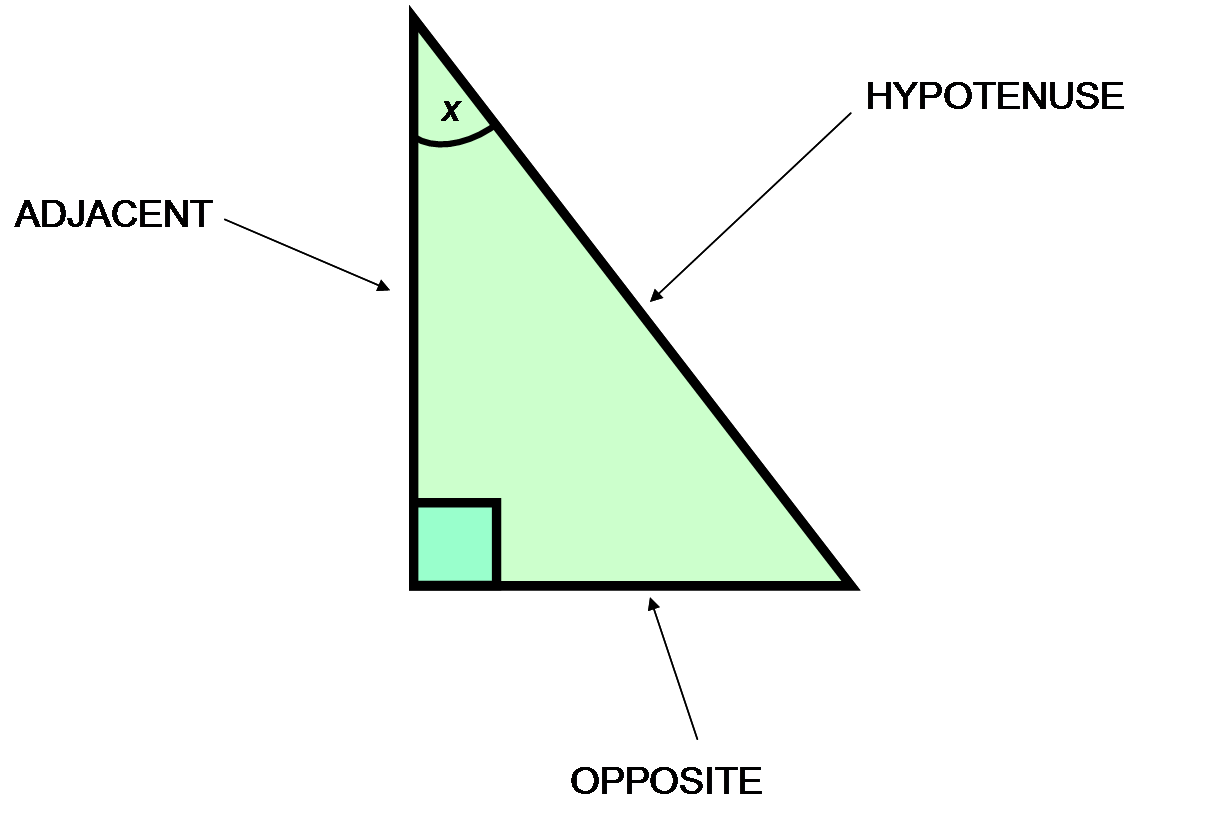 So, here we shall explain what Socahtoa really stands for:

Sine = Opposite over Hypotenuse.

Tangent = Opposite over Adjacent.

Initially, when we begin with trigonometry, getting used to what each function stands for, takes some time.

So, in a way, Sohcahtoa is a very useful device. Thus, anyone who wants to learn proper trigonometry must give this a try.

However, it is based on the AA Similarity Postulate. It said that the lengths of two sides of comparable right triangles have the same ratio. As a result, the sets of ratios are defined solely by the acute angle’s value instead of the triangle’s size.

SOHCAHTOA is a mnemonic device used in mathematics to assist students remember the three main functions of trigonometry: cosine, sine and tangent.

In trigonometry, the three major functions are sine, cosine, and tangent. Of course, all of these are built on ratios seen in a right triangle. However, w e need to define a right triangle before we can analyze which ratios fit for a particular function.

You can get the sin, cos, and tan values of a right triangle by using the following ratios:

The side opposing the angle divided by the hypotenuse equals the sine of an angle.

The side next to the angle divided by the hypotenuse is equal to the cosine of the angle.

An angle’s tangent equals the angle’s opposite side divided by the angle’s adjacent side.

So, as we can judge, the full form of SOHCAHTOA is:

Sine = Opposite over Hypotenuse.

Tangent = Opposite over Adjacent.

You can solve almost any problem that involves finding the side length or angle value of a right triangle using these facts. SohCahToa can assure that you will not make an error.

You can find a trigonometry calculator online very easily. And, you can use them because they will surely give you accurate results. Further, the calculator shall save a lot of your time. Of course, using your mind to calculate the trig values can be quite tiring and lengthy. So, use this instead to get the sum going. Further, it gives the result in just a few seconds. So, it would be wise to use the online calculator for this purpose.

Firstly, enter the value of the angle between any two sides in the given box.

Secondly, fix the units in which you shall write the measures of the sides of the triangle.

Thirdly, go ahead and fill the values of the sides in these boxes, as per requirement.

This trigonometry calculator can aid you in 2 main contexts when trig is required. So, use the first phase of the tool to get the values of sine, cosine, tangent, and their reciprocal functions.

In the second phase of the calculator, put in 2-3 set points and the answer will appear in a matter of seconds.

Trigonometry, as the name implies, is mainly focused with angles and triangles. Of course, it is critical in defining and utilizing the values and ratios between angles and edges in triangles. Solving triangles, primarily right triangles, but also any other type of triangle, is the key use.

Here, we shall provide you the link to this calculator:

Enter the desired angle in degrees or radians to get the trigonometric functions of that angle. Six of the most basic trig functions will show under the calculator: three basic ones: sin, cos, and tan, as well as their reciprocals: cosec, sec, and cot.

“Sohcahtoa” is a handy mnemonic for learning the meanings of trigonometric functions. However, in a rare event, a high school teacher in Riverside, California, used it to copy a native american dance.

Then, a student filmed the teacher and made it public online. 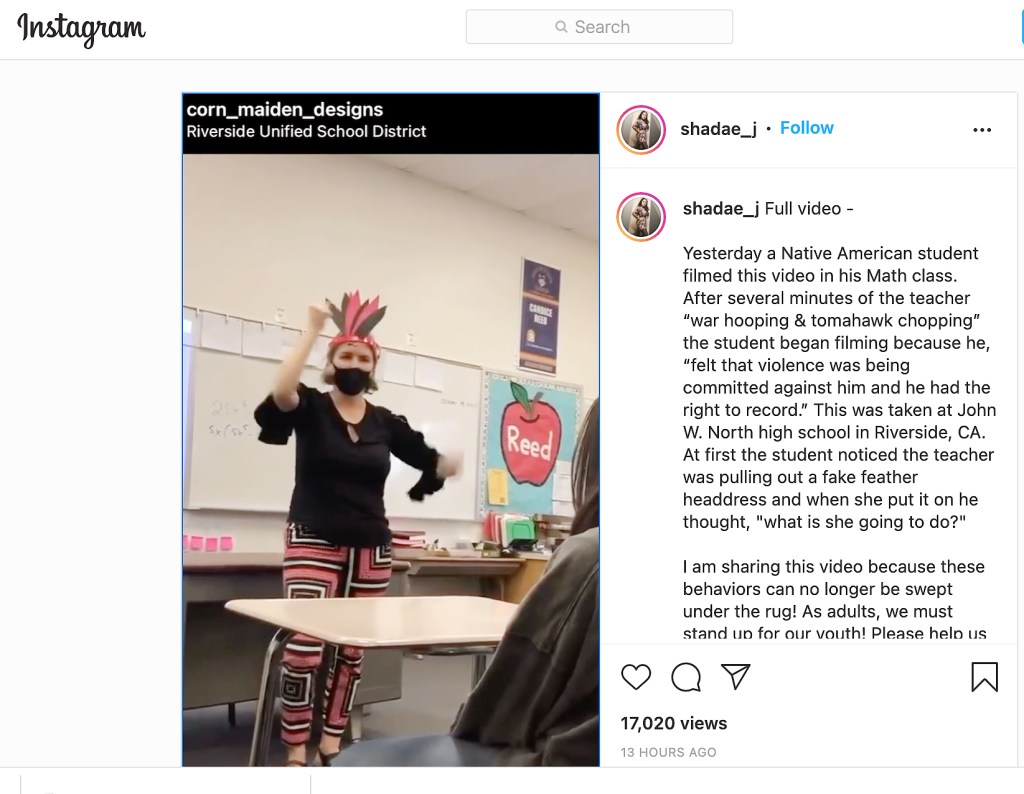 Of course, the video surfaced on Twitter, Instagram, and other social networking sites, sparking anger among Native Americans. In fact, many found the dance rude and highly wrong. Finally, the school authorities had to suspend the teacher.

It’s a mnemonic device for knowing the three main trig ratios. Of course, you can use these ratios to find missing sides and angles of a right triangle.

Also, we write it as:

If you recall the pattern of the trigonometric functions, you can say this in an easier way:

‘Oscar Had A Heap Of Apples’

Here, we shall break this mnemonic for you:

There are times when we know the two side lengths. And, we need to calculate one of the right triangle’s sharp angles. We can simply solve for the missing angles using Inverse Trig Ratios. As a result, SOHCAHTOA is extremely adaptable. In fact, it lets us solve for the lengths and angles of a right triangle!

So, this might intrigue people a lot. Years ago, there was a princess who went by the name of Sohcahtoa. In fact, people knew her as the mental princess of the ages.

She was involved in every stage of numerical facts by the age of five. In fact, she had cut the data on flat stones and she drew large addition and subtraction tables on many pieces of dry bark. Also, she felt compelled to keep a paper trail of the incredible connections she was seeing where they went.

She was also focusing on simple multiplication and division at the same time. Oddly, it was Thor who led her to explore the division. Because of her curiosity with patterns, it was only normal for her to notice that as the ratios of the back sides and bellies of her animals varied, so did their personas. She simply built a secret code that we now call long division to explain these personality qualities in terms of her secret symbols or numbers.

Sophia solved the sine and cosine ratios at the age of ten. However, it  began as a craze for opening all the private keys of all the trigons.  Then, this developed into a desire for cracking all the secret codes of all the trigons she could build. However, it is  worth noting that all of her triangles were right triangles. And, she did not use any partial lengths on any sides.

Thus, she mastered many of the trig concepts at a very early age. Hence, we know that she was rightly called the mental princess of ages.

Throughout the article, we have written the Sohcahtoa formula many times.

However, we shall mention it again. 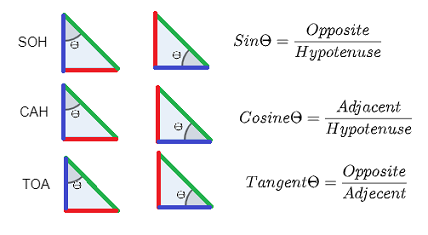 The right angle and the other two θ unknown angles are the three angles of a right triangle. The total of the two extra angles, or theta, is 90 degrees. Of course, the right triangle’s hypotenuse is always the largest of the three. And, it is always the side located opposite the right angle. Theta is represented by the opposite and adjacent sides. Theta’s opposing side is called the opposite side. The side that is near to theta is the adjacent side, but it is not the hypotenuse.

SohCahToa is a mnemonic device for knowing how to use the trigonometric functions sine, cosine, and tangent to get the angles and sides of a right triangle. It makes use of the hypotenuse and the angles theta, opposing, and next sides to theta.

Theta is one of the unknown angles represented by the symbol.

The hypotenuse is on the AC side.

The opposing side is side BC, which is the polar opposite of theta.

The neighbouring side is side AB, which is next to theta but not the hypotenuse.

1.   Is sohcahtoa only for right triangles?

Ans: Yes, this affects only right triangles. We can’t possibly say that trig ratios will work if we have an oblique triangle. Thus, to tackle such scenarios, we’ll use other approaches. These are things such as the laws of sines and cosines.

Ans: It may be that you have a right triangle and you know two of the side lengths. And, you need to find the third side. Thus, that is when you must use the SOHCAHTOA.

3.    What do you mean by solving a right triangle?

Ans: Solving a right triangle, or any triangle for that matter, entails the finding of all missing lengths and angles. To find any missing angle or side length measures, you can use many ways. However, you can use Trig Ratios, or the Pythagorean Theorem.

Ans: We call the study of triangular ratios trigonometry.The ratio between any two sides of a right-angled triangle is the same. And, we represent it by the trig ratios cos, sin, and tan. For example, you can use the sine ratio to find some extra triangle data via trigonometry.

5.   How to solve trigonometry questions easily?

Ans: Firstly, decide which two you have from hypotenuse, adjacent, opposite, and angle.

First, decide which two you have from the hypotenuse, adjacent, opposite, and angle.

Now, select which of the left possibilities you are trying to compute.

Then, choose the type of relationship you want (remember, SOHCAHTOA rule).

Then, fill up the blanks with the info you have and rearrange the bits and solve for the unknown value.

Use any online trig calculator to double-check your answers.

Also, we have provided the link for one in this article.

6.   What do people use trigonometry for?

Ans: Teachers teach all triangles and mainly right angled triangles in particular, using trigonometry. Also, people use trigonometry in a few other subjects. For example, construction, physics, chemistry, engineering, and astronomy, as you can find triangles all around.

7.   Does Sohcahtoa work on non-right triangles?

Ans: We use Pythagoras’ Theorem and SOHCAHTOA mostly for right-angled triangles. These solutions, however, are ineffective for non-right angled triangles. But, we have the cosine rule, sine rule, and a novel term for getting area for such triangles.

Ans: SOHCAHTOA is a handy mnemonic for recalling how to find side and angle lengths in right triangles. However, we cannot apply it to non right-angled triangles.

Previous Post How to write an equation in slope intercept form?